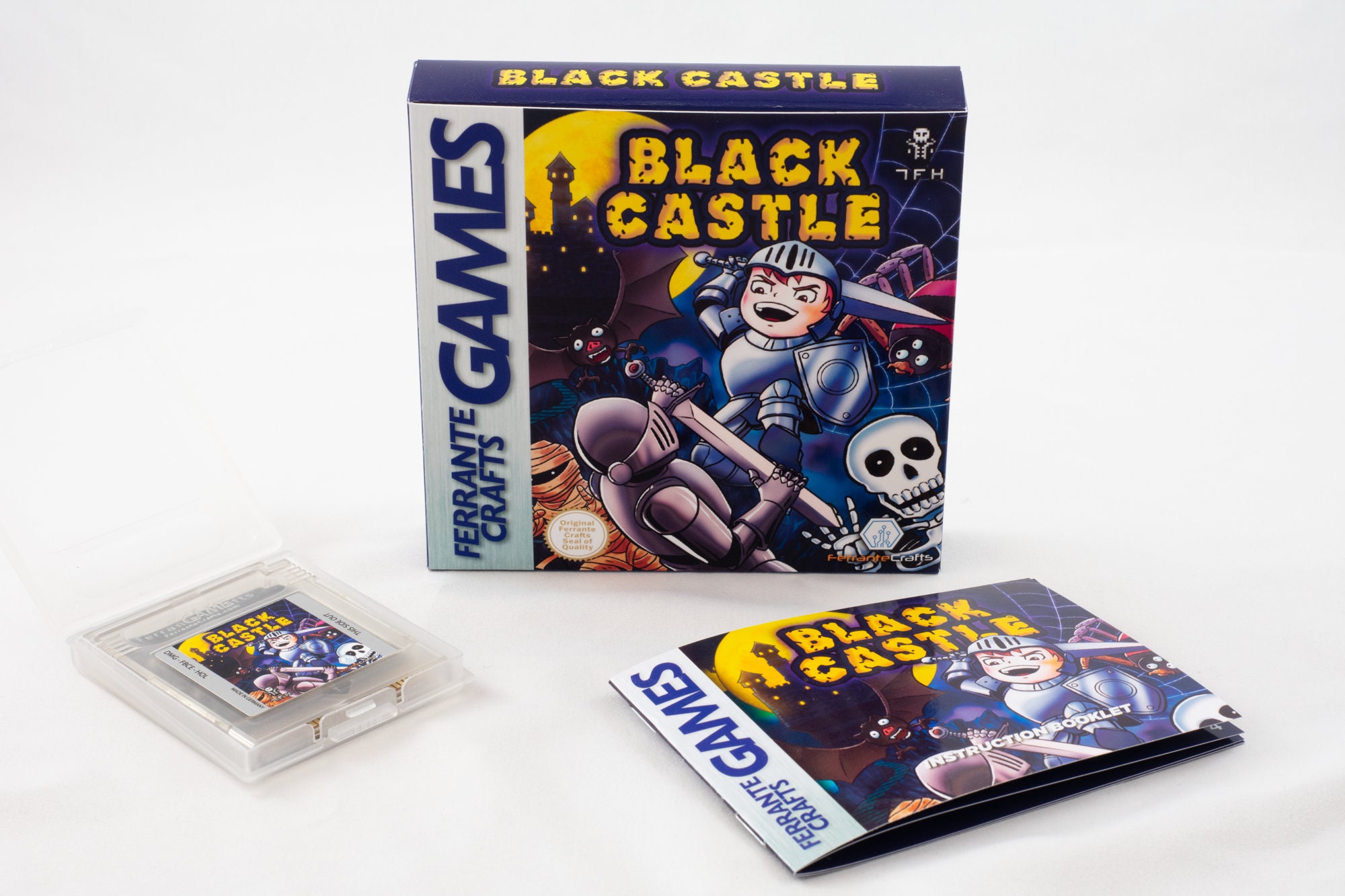 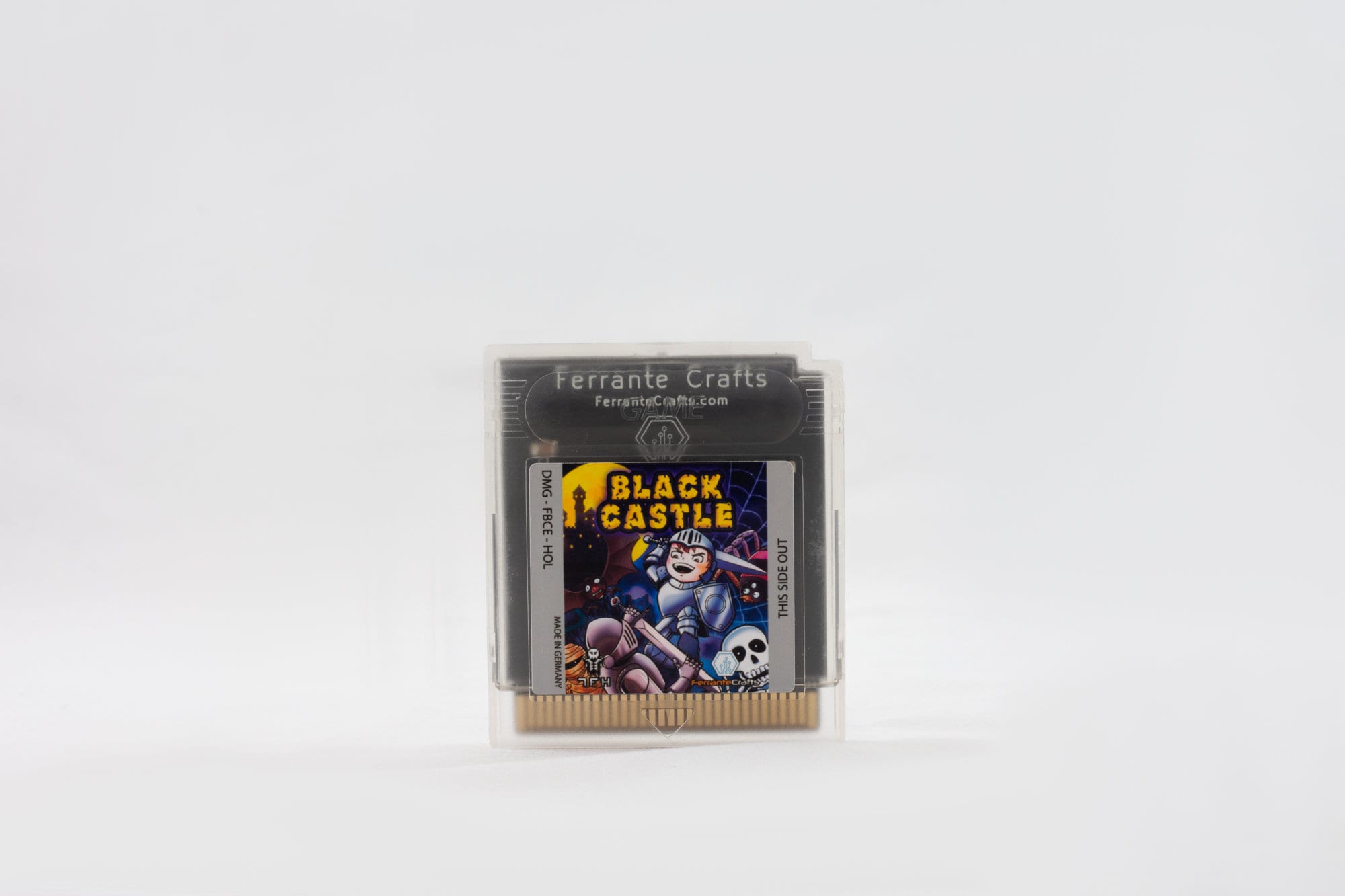 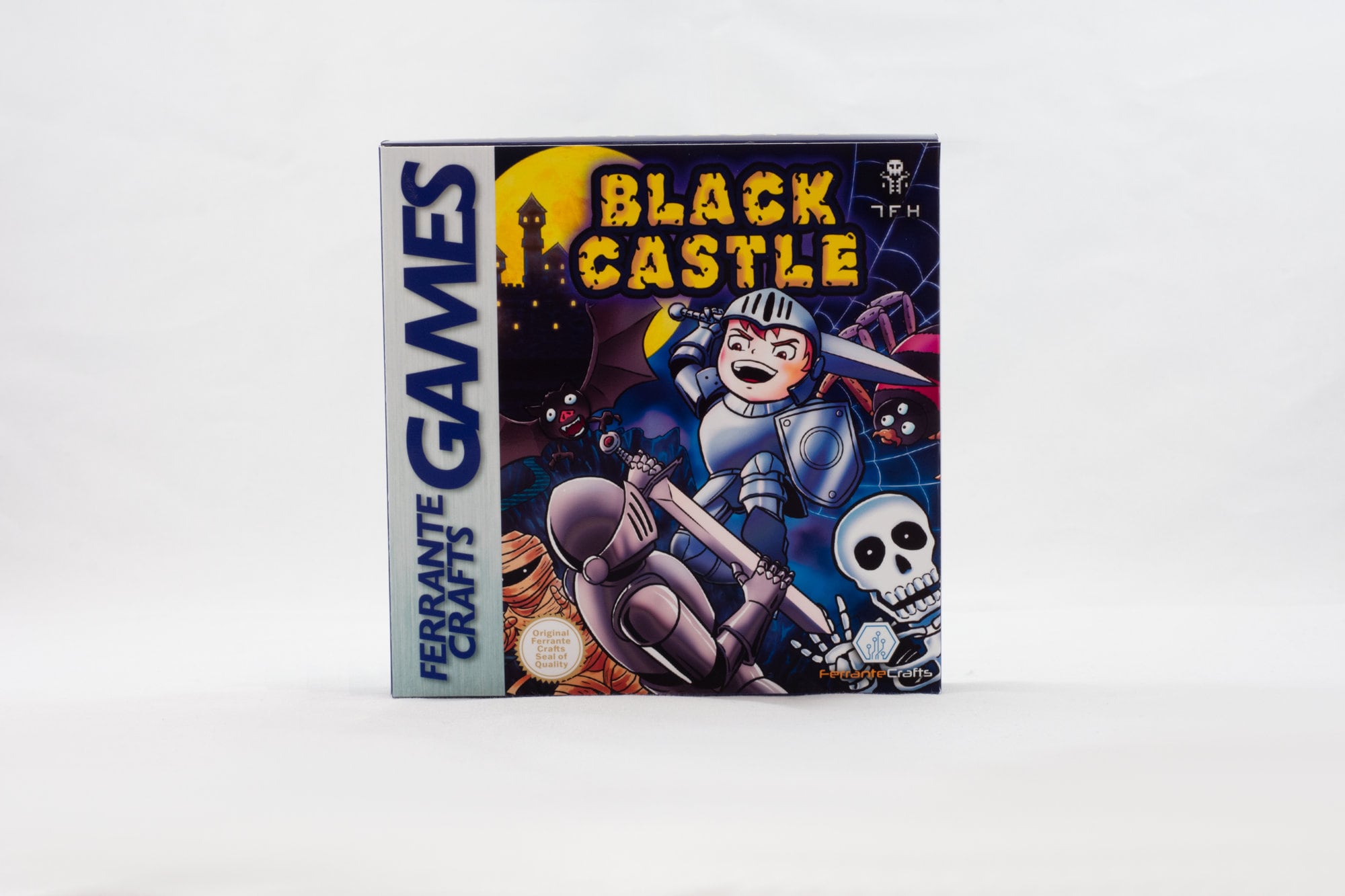 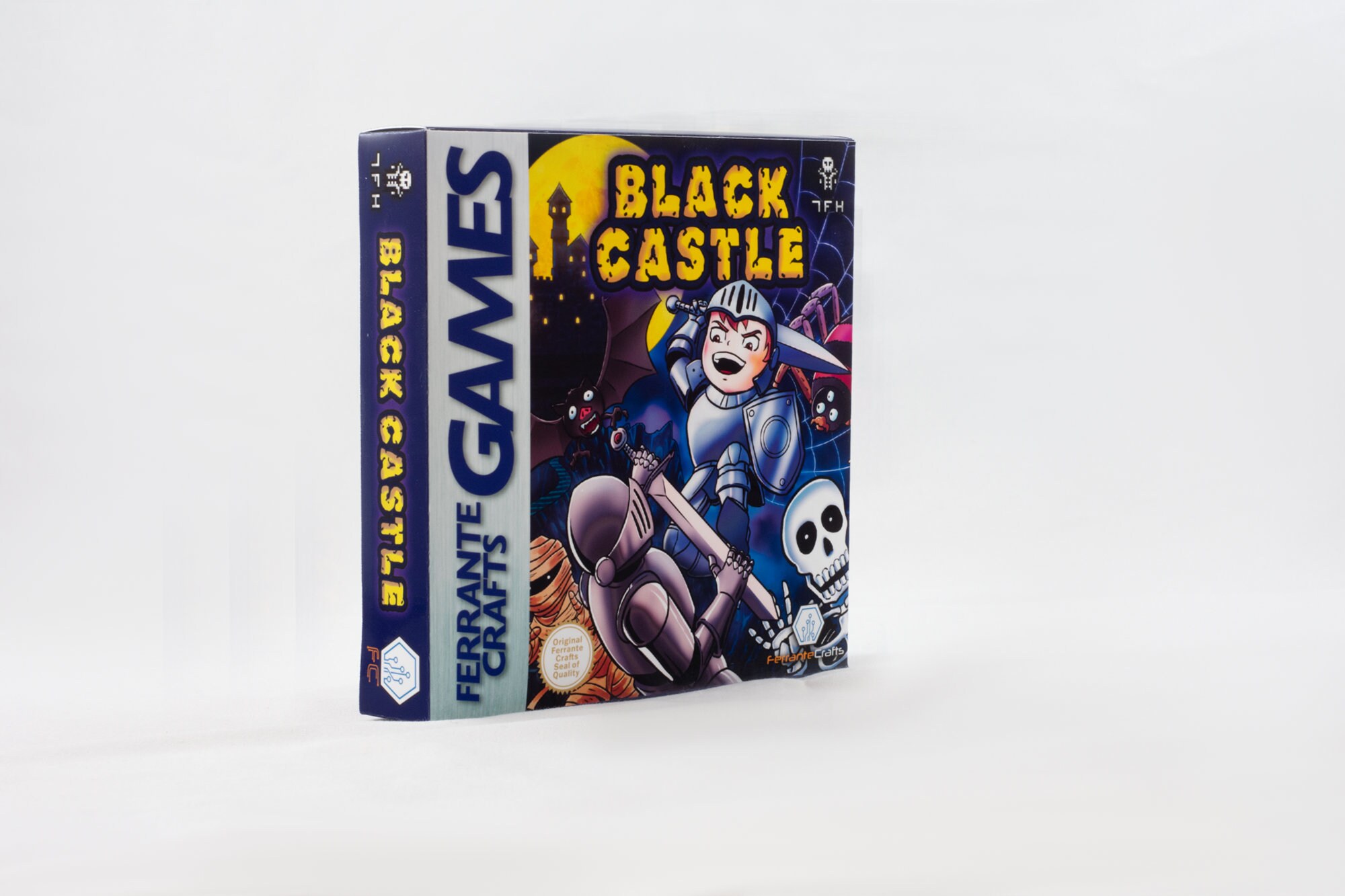 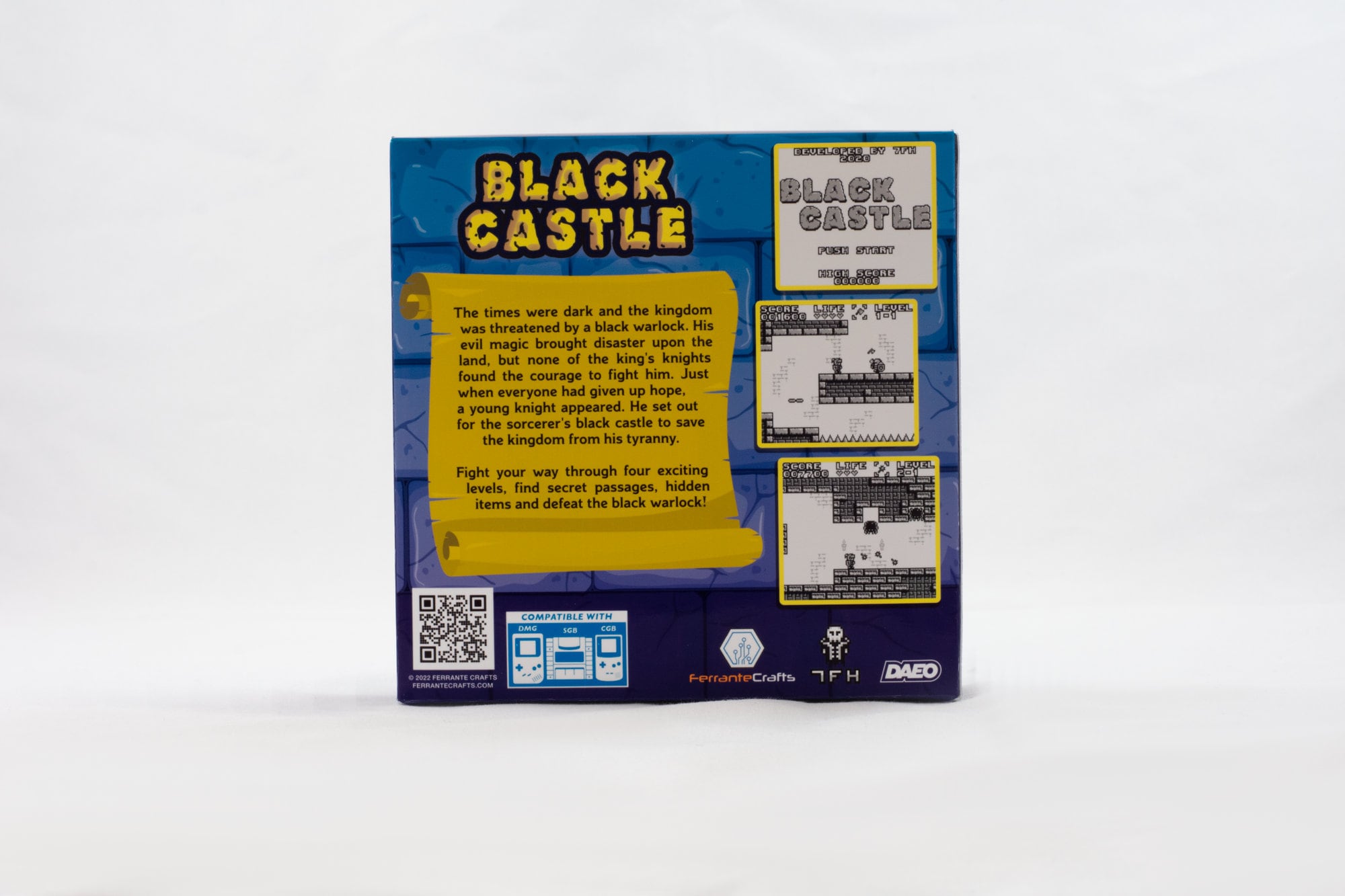 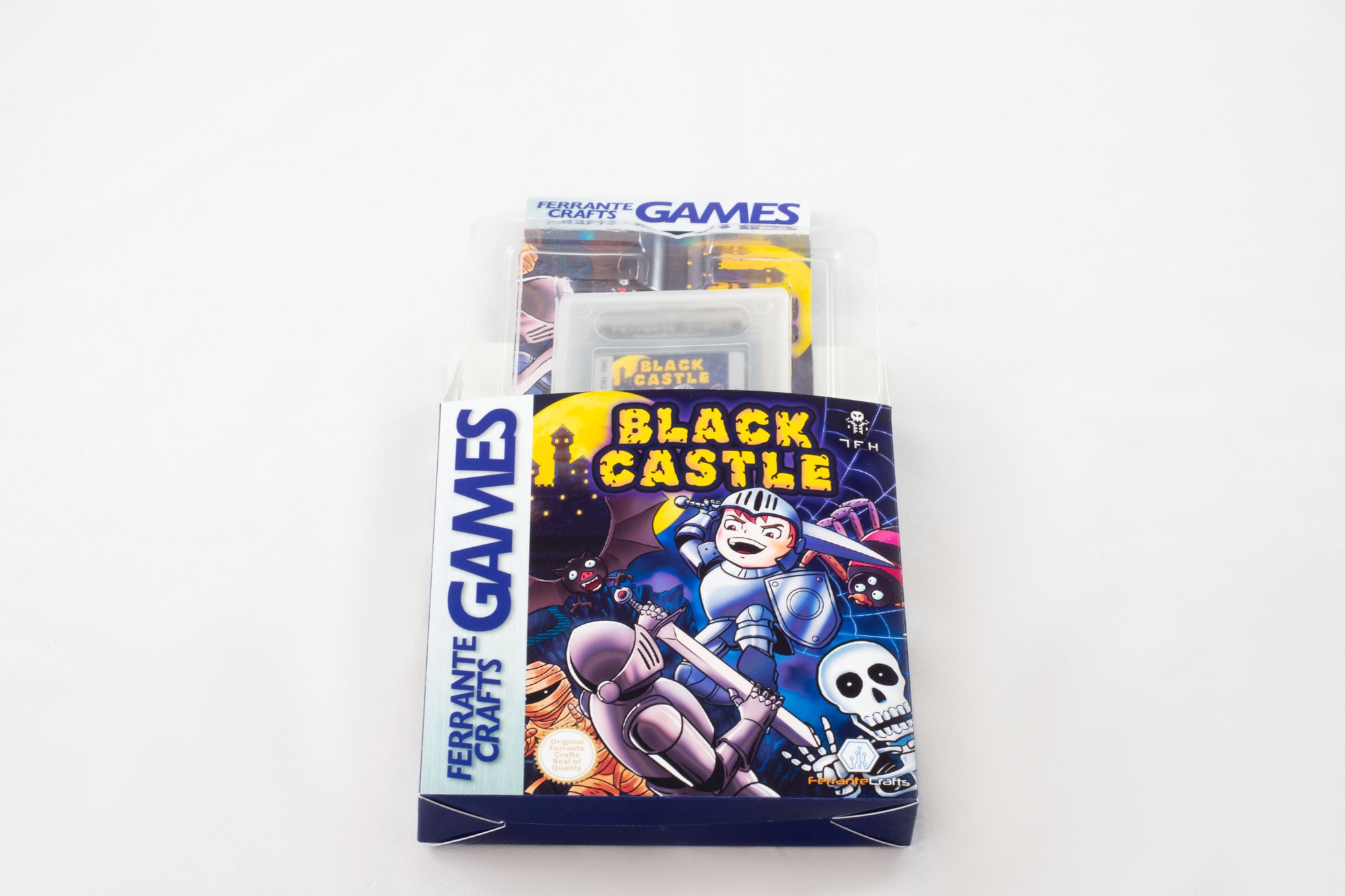 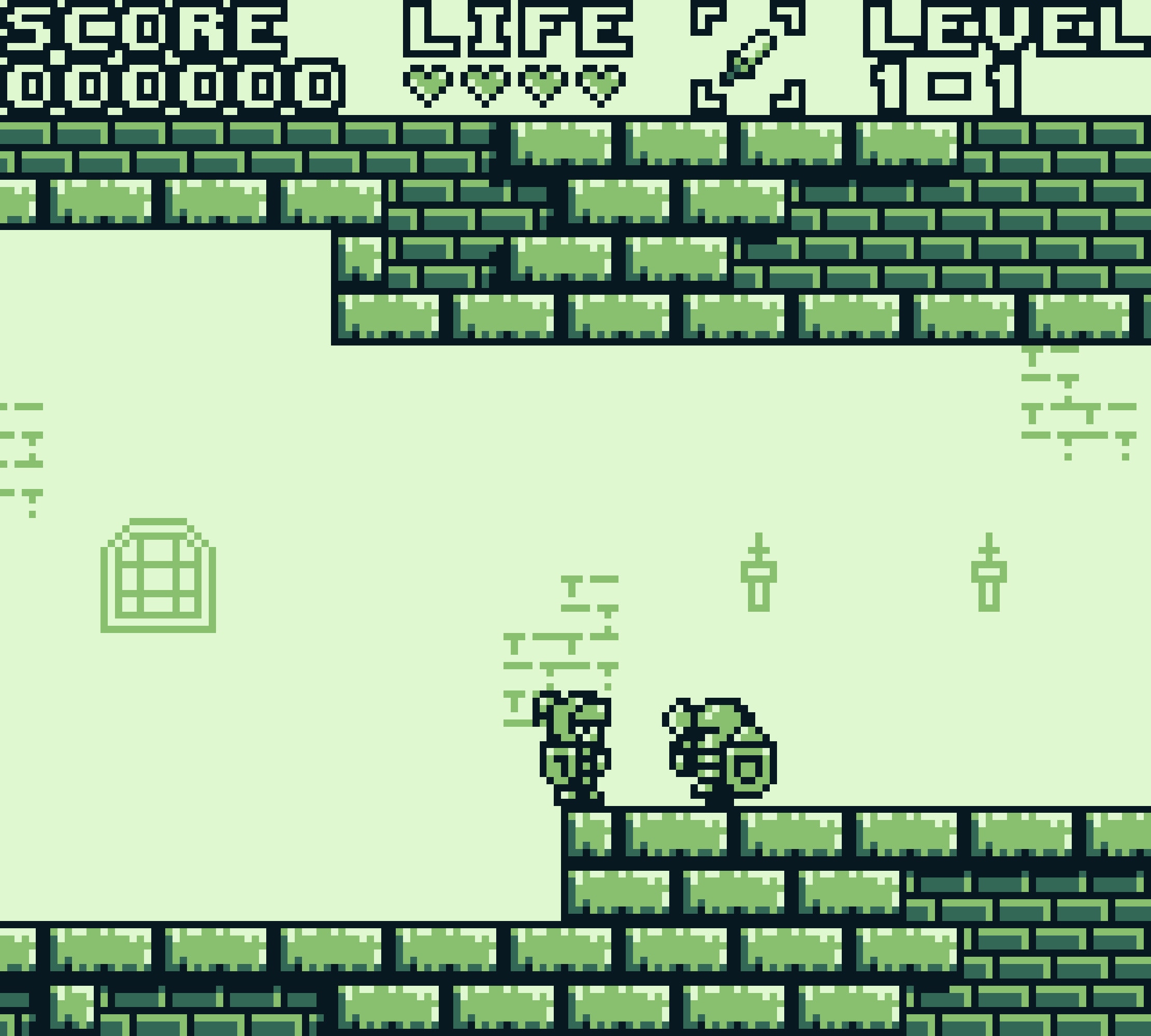 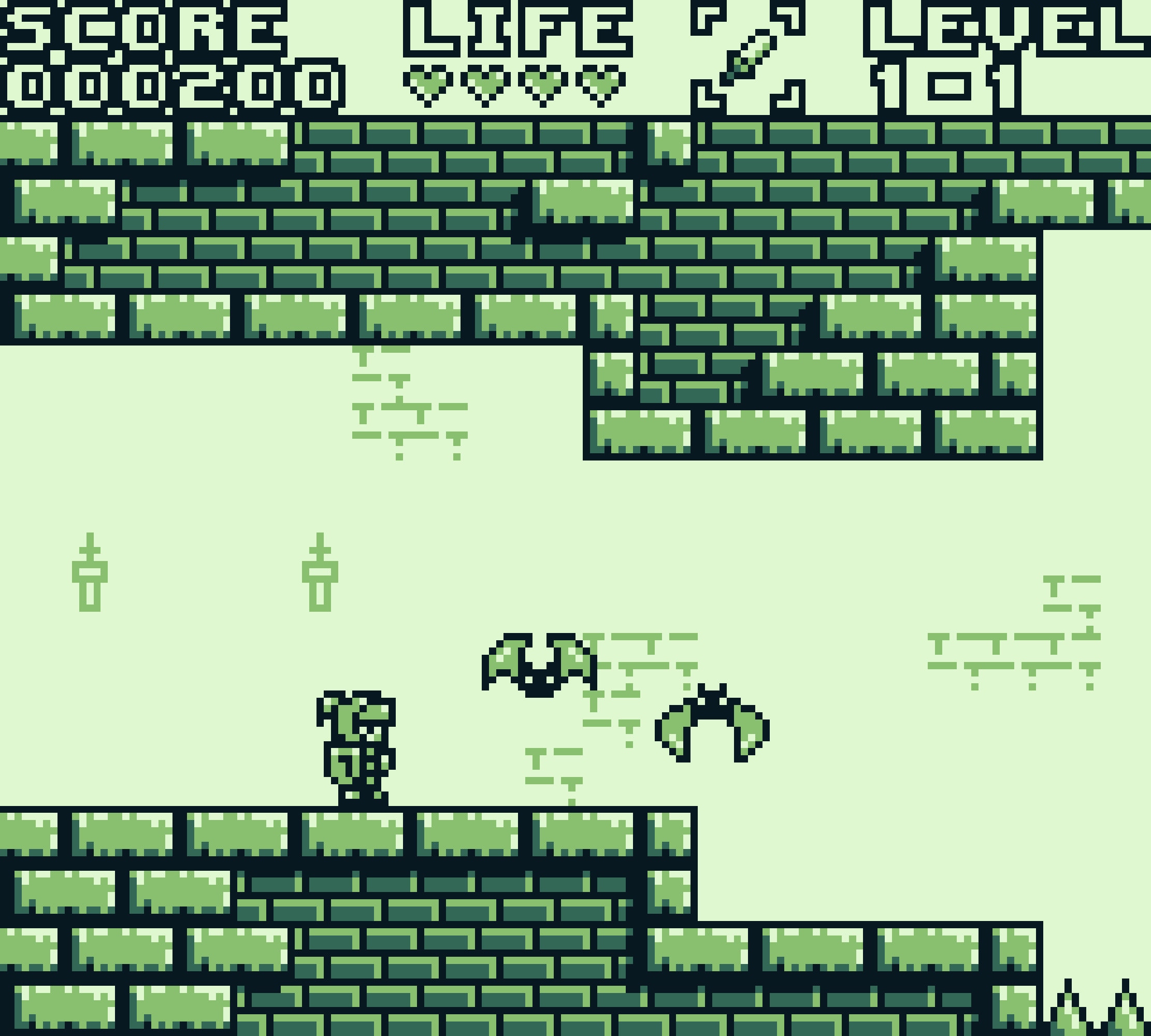 The times were dark and the kingdom was threatened by a black warlock. His evil magic brought disease and destruction to the land, but none of the king's knights found the courage to fight him. One day a young knight appeared. He set out for the warlock's black castle to free the kingdom from his tyranny.

Fight your way through four exciting levels, find secret passages, hidden items and defeat the black warlock to take his medicine and cure the suffering people.

The game box, manual and cartridge label, are all three printed, cut and put together manually, at home. The same goes for the cartridges, which are hand-soldered by me.

There are three versions of this product available.
- Cartridge only - This will include the game cartridge + label and a thick protective plastic case.
- Boxed Game + Manual - The game cartridge (in a thick protective plastic case) will be shipped in a game box in which a manual will be inserted as well.
- Box Upgrade - This is for customers who previously bought the cartridge only version, but would like to upgrade to a boxed version. This includes the game box, manual and an updated label (so no game included).